Canada has 15th- largest economy in the world & it is one of the world's wealthiest nations & is a member of the Organization for Economic Co-operation & Development. Most of Canada's producing trade is found within the provinces of Ontario & Quebec. Canada mainly produces food & beverages, paper & allied product, primary metals, petrochemicals & chemicals. Canada is one of the global leaders of the entertainment software industry. International students present Canada with other economic prospect. Due to their many talents & ties they have the potential to boost entrepreneurship & innovation in Canada & expand the scale of Canada's international trade. Canada's growing International student population betokens well for Canadian companies that conduct business abroad.

Why Study in Canada

Study in Canada has been the world's best systems in the world. Canada has consistently maintained its prestige as an attractive education fulcrum due to a variety of factors including its global recognition & reputation, affordability & abundant research opportunities. Canada is becoming the country of choice for students from all parts of the world. It has been ranked among the best in international measurements of education, government transparency, quality of life, & economic freedom. For a country that measures high amongst the OECD countries in terms of its overall quality of life, its tuition & living costs are lower than one may speculate, especially when compared with other supreme education hubs such as USA & UK. Total of 13universities from Canada are recognized in the world's top 200 by QS including 3that appear in the Top 50. Canadian Institutes, charge low tuition fees for International students than their counterparts in competing countries & at the same time, maintain excellent educational quality.

The Diplomas & degrees from Canada's- Institutions are among the most commonly recognized in the world. The education system of Canada encompasses of SPP & Non SPP Universities & Colleges. Students have diverse Choice of Universities & Community colleges offering a wide array of programs. Along with studies students are allowed to work first 6months on campus & thereafter off-campus. 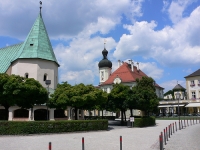