Top 10 Reasons to Study In Netherlands

The Netherlands is a spectacular country which attracts thousands of international students every year because of its quality of education, Top-ranked Universities, distinct teaching methods and many more which is among the best in the world,

Below are Top 10 Reasons to Study In Netherlands, which will explain to you clearly why one should study in the Netherlands.

1. Study in World’s One of the Best Education Systems:

2. Study in Netherland in English:

4. Study in one of the Finest Student cities of the World:

Amsterdam in Netherlands is one of the finest student cities of the World. It comprises more than 1,00,000 Students around the Globe. This multicultural & broadminded city is one of the Top 10 reasons to Study in Netherlands. Being the finest student city in Amsterdam, it consists of Top Ranking Universities, good libraries, friendly people, & good restaurants which will make their study experience a memorable one.

The teaching of Dutch People is very different compared to others. They use an interactive method of teaching which covers working in groups, which results in developing creative thinking, practical problem, problem analysis, and team spirit. Here students are encouraged to share &  and discuss with their teachers &  and clear their doubts. With these teaching methods, international students can get a unique experience.

7. Located in Europe’s Centre with the International Culture:

8. Always Advance in the Field of Technical Studies:

Netherlands has advanced in the field of technical studies & and it also stands at 17th position in the largest economies of the world As Netherlands is a leader in areas such as dyke building, logistics, sustainable energy, water management, art & design, Banking & Finance, dredging, etc. international students can easily learn about these fields by staying in NetherlandsShell, ING, Unilever, Heineken, Philips are also considered as the Country’s Biggest brands.

Netherlands has been known for its mid-way of knowledge with rich traditions of Study and Top ranking Universities. The Education in the country meets all international standards and is also well-recognized Internationally which is listed in one of the top 10 Reasons to Study in Netherlands. After completing studies from the Netherlands , one can start their own business and achieve success in any country in the world. Also, scientific research practiced at Dutch universities is highly valued at the international level. 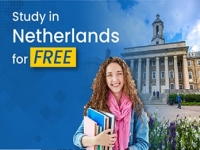 Study in Netherlands for free

How to Study in the Netherlands? An Ultimate Guide 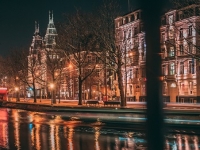 Study in the Netherlands for Indian Students 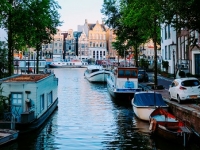 Top Universities in the Netherlands for International Students